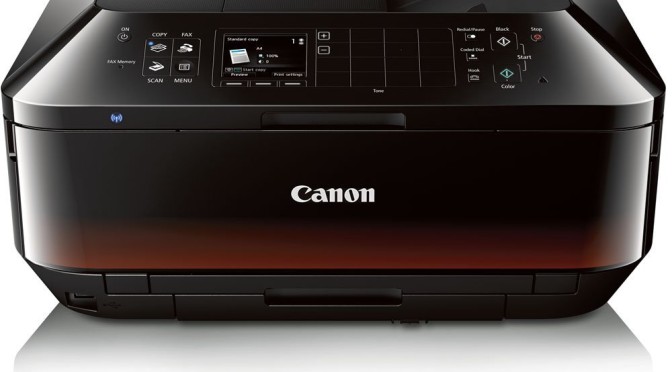 The MX922 could be used as an office or business printer, copier and scanner. It’s a residential grade unit at the high-end. If you don’t have in your budget the money for an HP office jet or something similar this could be the ticket at not much over $100. It has a network port so you don’t have to rely on wireless, but if you do want to run wireless it does have it along with AirPrint. The tray capacity is huge so it holds quite a bit of paper, it scans very fast and comes with a one-year warranty. I did a lot of research and found that for the money you can’t get more with anything else that’s for sure. The only thing I don’t like about this printer scanner combo is the software which has a desktop component to it, however once I learned how to use it, it wasn’t that bad, but it is quite cumbersome. The driver works fine however.

4 thoughts on “The Canon PIXMA MX922 Printer, Scanner, Copier and Fax is also ideal for the small business office”

• Serving West Michigan & beyond since 1998.
• Free initial phone, on site or e-mail consultations.

Helping Small Businesses & Individuals
• E-mail Terry at terry@justpromote.biz and request more information.
• Leave a voice mail at (616) 439-4159 and include your contact information.
• You can hire me for a few hours to do a simple addition or tweak to your business presence.
• Or hire me for dozens of hours of flooding the internet, putting your business everywhere.